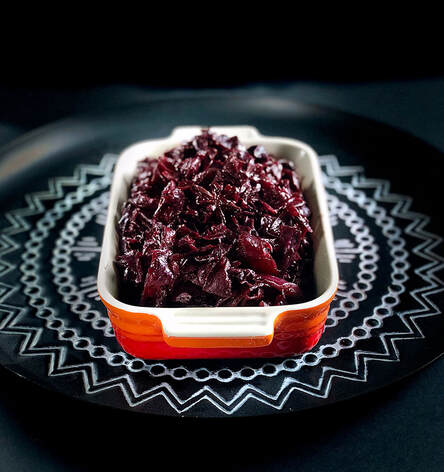 Braised red cabbage is one of those things I make once a year, for the Christmas dinner table, to sit alongside the Turkey and Roast Ham. I then tend to forget about it the rest of the year, although I do sometimes use raw red cabbage in my coleslaw.

However, prompted by a venison stew I made for friends the other night, I decided to cook it as a side dish. The feedback from my fellow diners was very positive, so with the thought that this is something that will also go with sausages, pork chops, roast chicken and even salmon, I thought you might be interested in the recipe.

Traditionally, red cabbage is braised in a combination of vinegar and red wine, stock, and spices such as cloves, star anise and cinnamon plus sugar. The amounts can vary to suit your taste but the one thing that has often put me off this dish, is that it tends to be cooked for far too long, leaving the cabbage soft and a bit mushy.

While I like my cabbage to be cooked (if I wanted a raw salad I would make one), I still prefer a little bite to it, to keep it fresh tasting, especially with these flavours. I also prefer to use only a good balsamic vinegar as the braising liquid, as it in itself gives that lovely rounded sweet and sour taste I enjoy, meaning I can use less sugar. It also darkens the cabbage to a deep burgundy red, rather than the insipid pinky red you sometimes get.

Spices are nutmeg, star anise, and cinnamon, omiting the cloves as it just becomes a bit too 'Christmassy' for me. No good if I'm having it in July with some salmon!

Healthy, sweet and sour, flexible and easy to make in advance, it ticks all the boxes that means it won't just be for Christmas in the Grumpy kitchen! 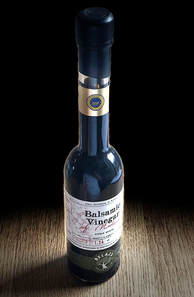 Ingredient note: the balsamic vinegar you use is important. Too cheap and watery and the dish will taste too astringent and you'll end using more sugar to compensate.
I go for a medium priced vinegar that is a little thicker than the cheaper stuff - but you don't need to use the really expensive stuff, you're just wasting money.

The balsamic I prefer (I believe it's the best value vinegar on the market) is Belazu Balsamic Vinegar of Modena. I use it to braise this cabbage as a treat, but also use it to drizzle over risotto, crushed potatoes, salads with olive oil and even strawberries.

And best of all, it is easily obtainable from supermarkets and will set you back about £13,75.
It is worth every penny and I urge you to try it.
METHOD

Shred the cabbage and finely slice the onion.

Saute the onion with the knob of butter over a medium heat for about 10 minutes, until soft. A sprinkle of salt will help.
Add the spices and sugar and stir together before adding the cabbage and apples. Try to use a crisp slightly sour tasting apple such as a Granny Smith, since you don't want to over sweeten things. Pour over the balsamic and combine everything together.

Put a lid on the pan and braise over a low/medium heat for about 30 minutes. Check a couple of times to give things a mix around, and test a bit of cabbage for taste and texture.

When the time is up, have a taste to see if it needs a tablespoon of redcurrant jelly. Some people prefer a slightly sweeter dish, while others like the sour tang the vinegar brings - it's up to you.
But a good balsamic vinegar will bring a lovely rounded and caramelised depth of flavour to the red cabbage. 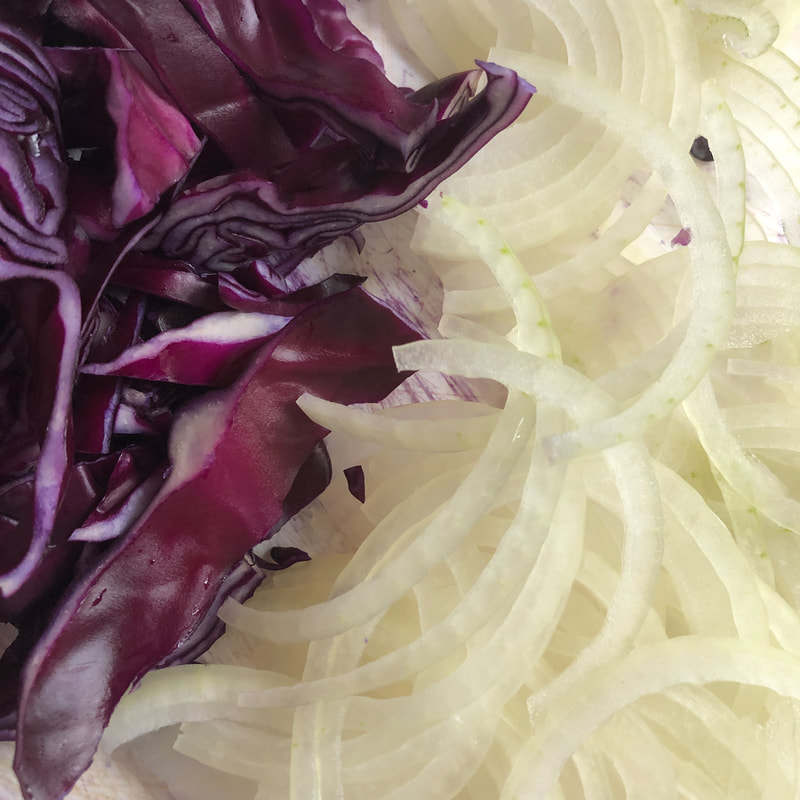 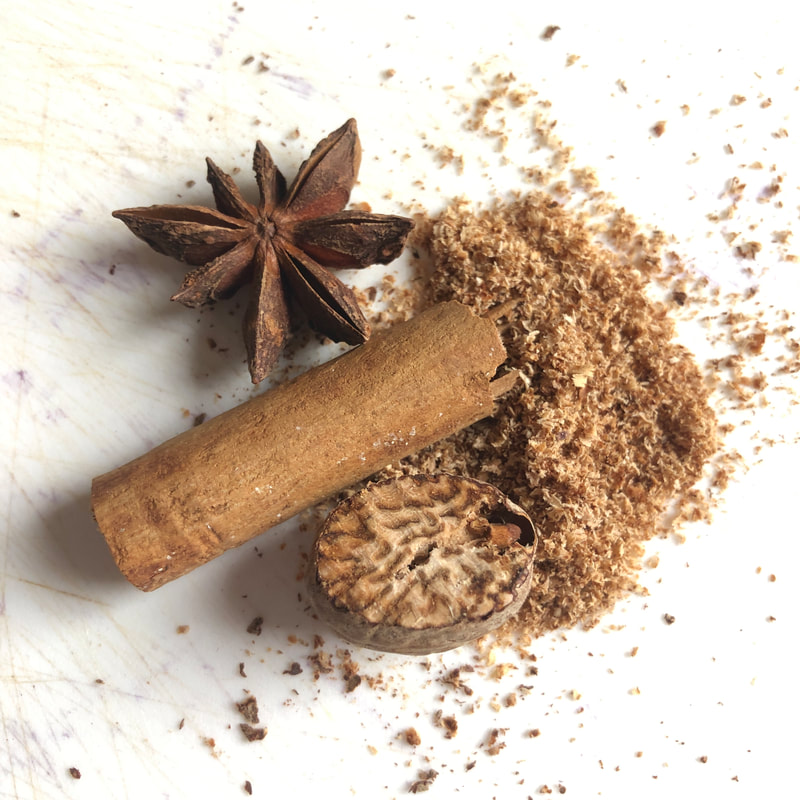 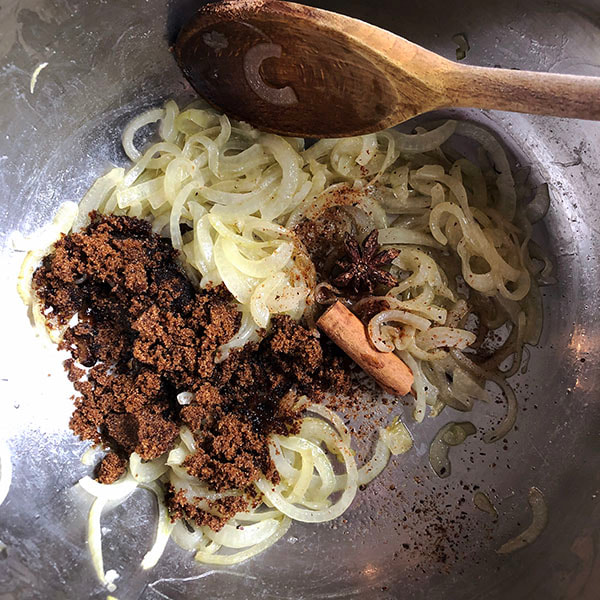 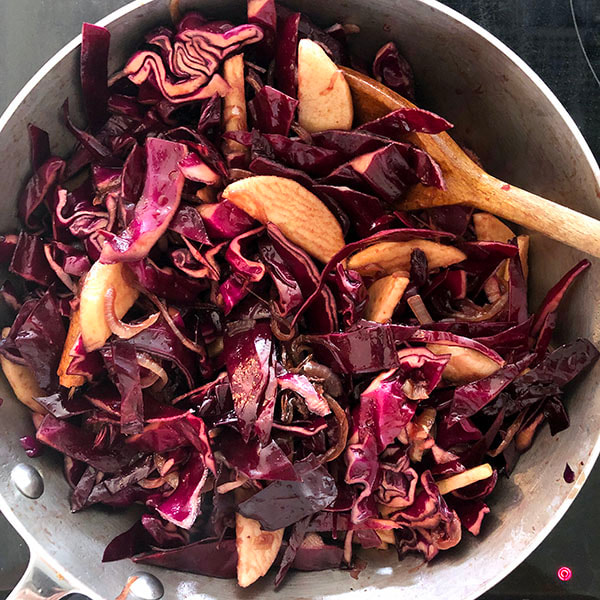