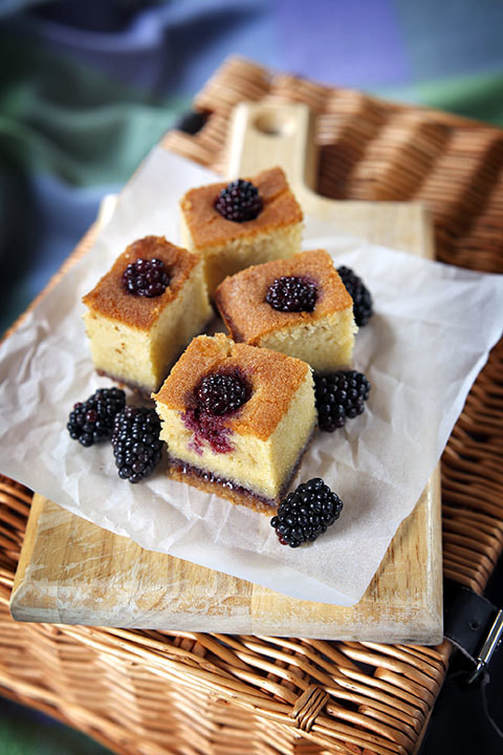 With August and September the peak months for blackberry picking, I thought we needed something to help celebrate this ancient bramble - and what better than a cake.

Instead of the ubiquitous blackberry & apple pie or bramble crumble (nothing wrong with those, I hasten to add), this recipe combines the moist texture of an almond sponge with the crunchy base of a cheesecake and the tart sweetness of freshly picked brambles.

It’s a winning combination that keeps well and in my opinion, is better the day after it is made - if it is still there!

The blackberry has been around for centuries and in fact is not a true berry, being made up of tiny little ‘drupelets’ and classed as an aggregate fruit, with about 330 different species in the UK alone.

It is steeped in folklore, often being called ‘the devil's fruit’.

Seemingly, when Lucifer was cast out of heaven by St Michael, he fell into a thorny blackberry bush, which made him so mad he spat on it and cursed its fruit.

After this date, now known as St Michaelmas Day (September 29th) they say you shouldn’t pick or eat blackberries, as they will be inedible. 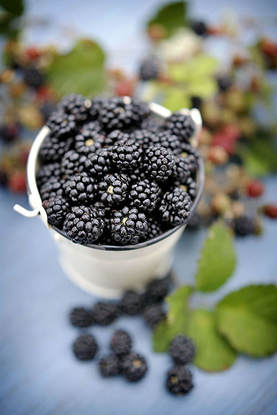 Line the base of a loose-bottomed 20cm square cake tin with baking parchment, and grease the sides.

Blitz the digestives in a food processor (or give them a good beating with a rolling pin in a plastic bag) until you have a fine crumb.

Mix in the melted butter and press down into the tin, making sure you reach all the corners, with a spatula or back of a spoon until nice and firm. Refrigerate.
To make the filling, cream the soft butter and caster sugar together until very pale and creamy. This may take up to 10 minutes to achieve.
​
Add the eggs, one at a time, making sure that the first one is beaten well in before adding the next.
Add the ground almonds, flour and salt and beat in until fully incorporated.
​Take the chilled cake tin out of the fridge and spread the jam over the biscuit layer, keeping it level. Leave a little gap around the edge to stop the jam seeping out during baking. I use a smooth style jam without seeds, but that is a personal preference.
​I tend to put the filling in a piping bag as I find it easier to put on top of the jam, without the jam going all over the place which it tends to do when using a spatula.
​
Pipe into the gaps you left around the edges first, then continue to the centre. You can then gently level the surface out with the back of a spoon.
Lastly, press a blackberry into the mixture at equal intervals, so each square you cut and serve has a juicy blackberry in it. You’ll probably need about 20, a few more if they are small. 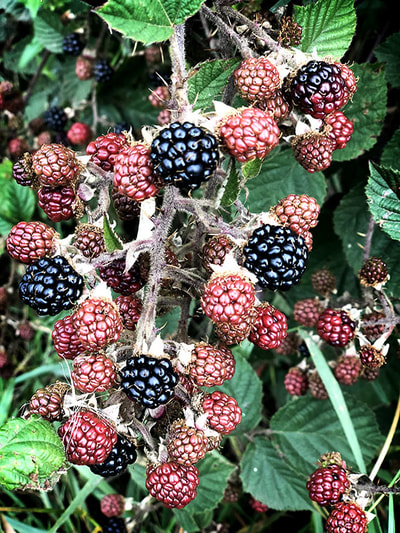 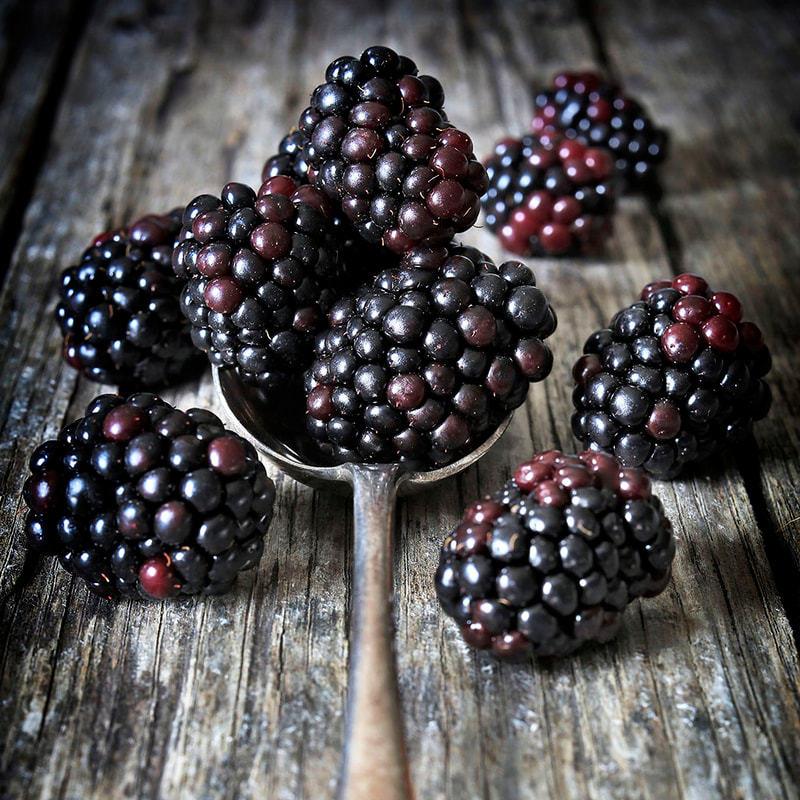 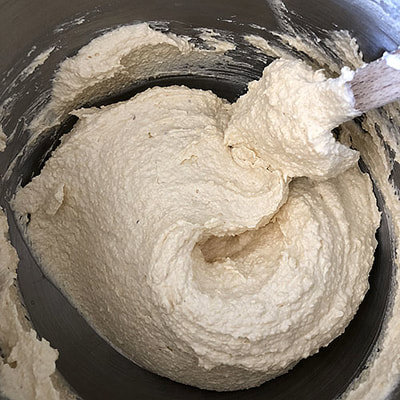 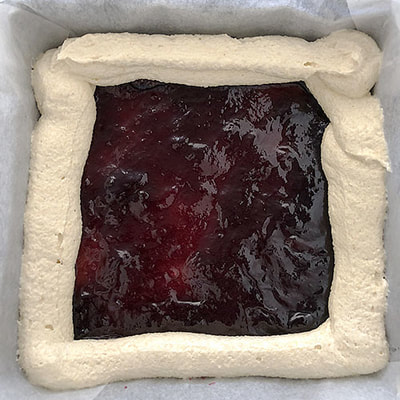 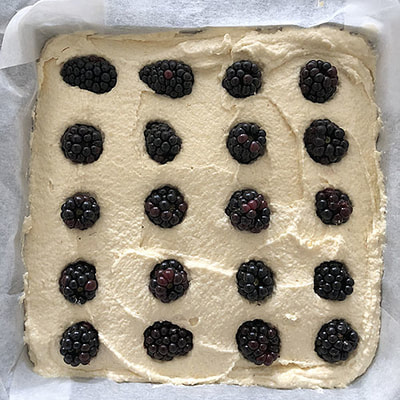 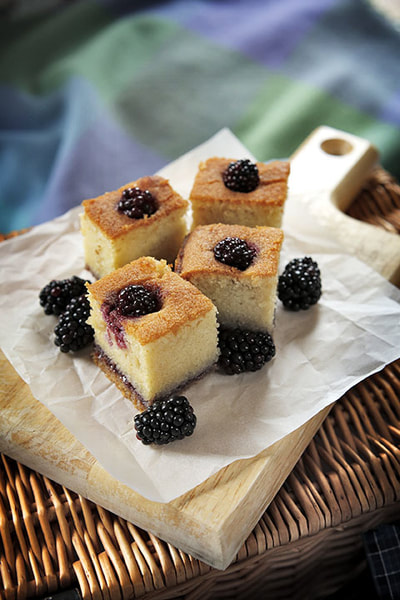 Bake in the oven for about 40-50 minutes, and keep a check on it in case the top is getting too dark. If it is, just put foil over the cake tin and continue until the cake is cooked.

If it is ‘wobbling’ after 40 minutes, leave it in for another 3-5 minutes, or until the ‘wobbling’ stops.

In my oven, the total time was nearer 50 minutes.

Leave to cool in the tin before taking out onto a rack.

If you can, ignore the cake for an hour or two to really cool and relax before cutting.

As I said earlier, it is even better the day after (in my opinion) which makes it the perfect cake for picnics.

PS…before serving, I like to warm some blackberries up for a few seconds in the microwave, then press one into the indentation on top of each cake square (the original blackberry will have sunk down a little,  into the cake), and drizzle a few juices over. It looks great, and tastes even better.​