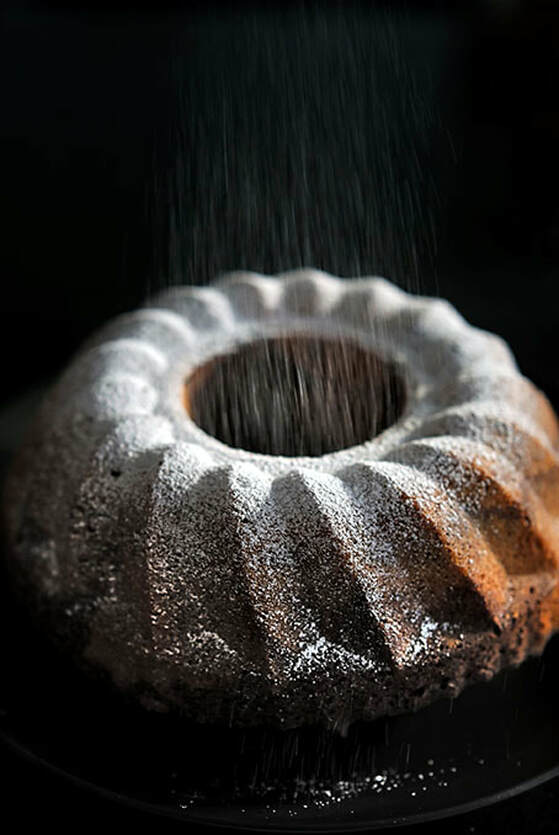 I have always been slightly intrigued by Bundt Cakes and their incredibly distinct and sculptured designs.

What are they? And why are they called Bundt cakes?

Having bored my wife senseless with these nerdy questions over the last few months, she went out and bought me a Bundt cake pan just to shut me up!

However, it did answer the main question I had been pondering. It isn’t the cake that is the Bundt but the pan the cake is baked in. You can bake a cake in a ring tin, but it won’t be a Bundt cake.

So here’s a quick history lesson for fellow nerds.

Bundt cakes were apparently inspired by the Gugelhopf cake, where the denser style of cake benefited from a tin that had a hole in the middle to ensure even baking.

In the 1950’s, women from Eastern Europe and Germany, living in America, hankered after making the traditional Guglehopf cakes their families used to bake home in the special tins.

Because you couldn't get these tins in America at the time, they asked a Minnesota bakeware company called Nordic Ware to make one for them.

This they did, making a round tin with a hole in the middle and some folds in it for extra flair.

They named the tin a Bund tin, as Bund is German for group or gathering, and this is where these types of cakes were normally served.

The ’t’ on the end was put there for trademarking reasons - allegedly!

Popularity of the Bundt pan took off in America in the 1960’s when a Bundt cake won a national baking competition and everyone wanted one in their kitchen.

They looked fantastic without even having to try, and as the design was in the tin, you didn’t have to do anything apart from drizzle some icing or scatter over some icing sugar.

You can make many kinds of cake in a Bundt tin and this time I’ve decided on a Chocolate and Almond Marble cake. Mainly because I couldn’t decide on a moist vanilla almond cake or a chocolate cake - so I did both!

INGREDIENTS
Before you start, butter the inside of the Bundt tin with melted butter, making sure you get in all the nooks and crannies. This will make sure your cake doesn’t stick, and comes out clean first time - fingers crossed.

Mix the dry ingredients (flour, salt, ground almonds and baking powder) together in a bowl.

Cream the soft butter and caster sugar together in a food mixer (or hand mixer) until pale and fluffy, then add the almond essence.

Add the eggs one at a time, making sure each is mixed in well before adding the next one.

If the mixture looks as if it might curdle, just add a couple of tablespoons of the flour to prevent this happening.

Fold in the dry ingredients until well combined. You can add the milk to loosen, if the batter seems too stiff - I didn’t need to.

Separate the batter into two equal amounts, and mix the cocoa paste into one, and the milk chocolate chips into the other, mixing until combined.

Drop alternate dollops of each batter around the Bundt tin, then run the handle of a spoon through the mixture to create a marbled effect. 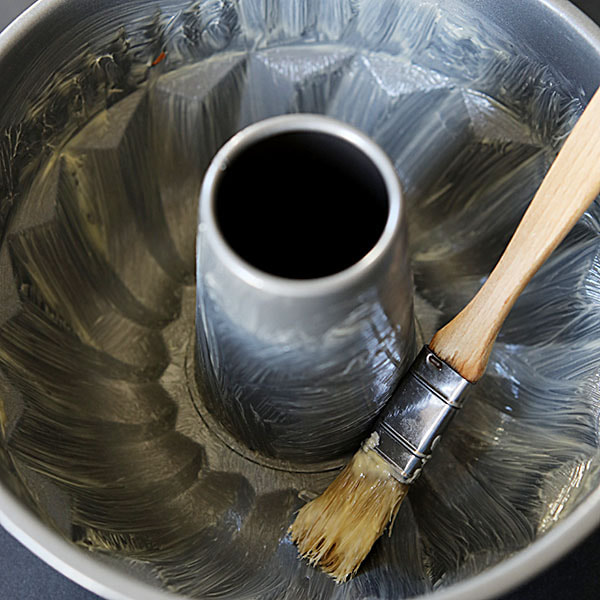 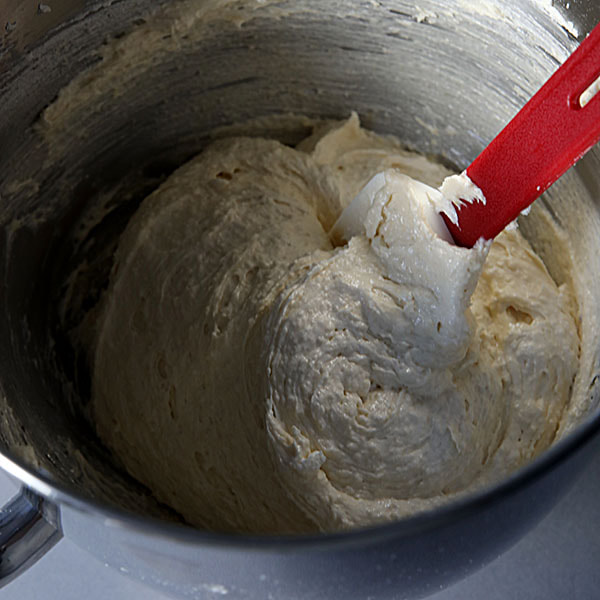 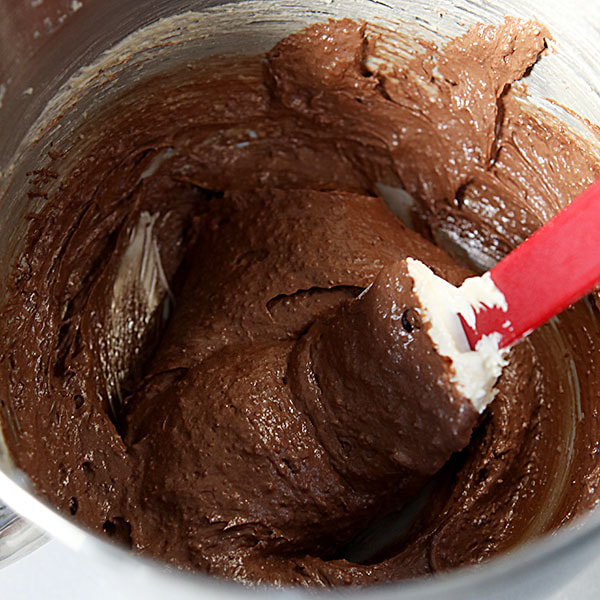 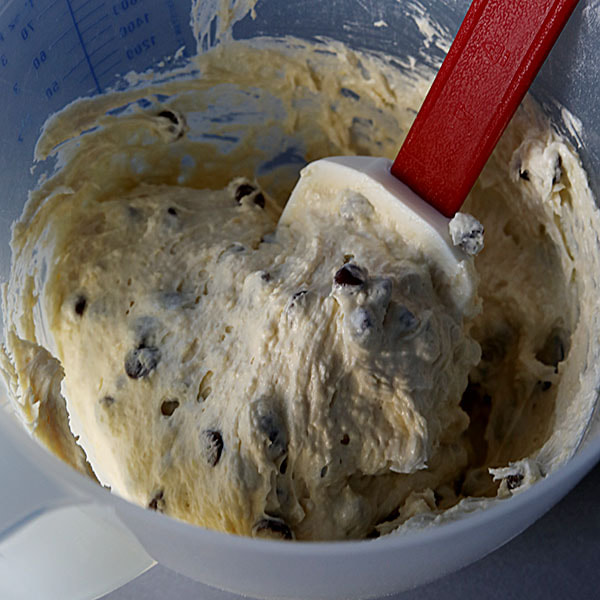 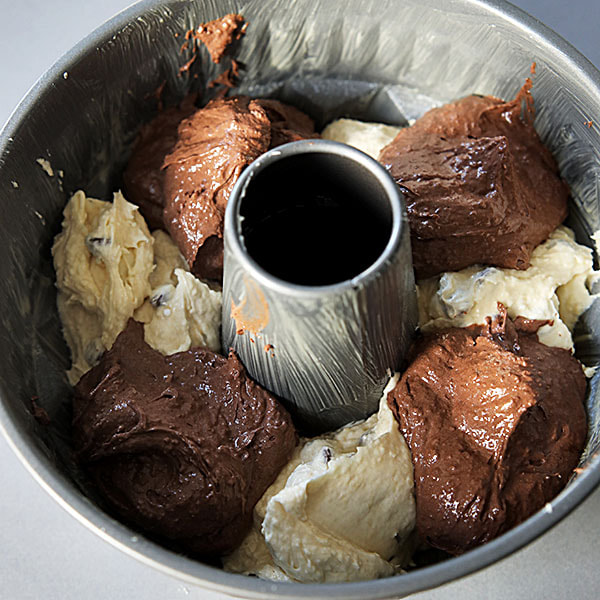 ​Bake in the oven for about 30-40 minutes depending on your oven. My cake took 35 minutes.

Check with a skewer for doneness, making sure there is no raw cake mixture on the skewer. Sometimes you think there is, but it is in fact just melted chocolate. I’ve had a few over-baked cakes by not looking close enough.

Take out of the oven when done and leave to cool in the tin for about 10 minutes.

Turn the cake onto a cooling rack, say a little prayer, and it should drop easily out of the tin with no sticking. I’ve baked two and they both came out perfectly - must be saying the right prayer.

When cool, dust with icing sugar for a simple but stunning effect.
​This is a cake that almost decorates itself, so for a quick and easy cake that looks if you have spent hours making it,  get out the Bundt tin.​

ps...Nordic Ware- branded tins can be quite pricey but you can get cheaper versions. I used a Judge bundt tin which cost about a tenner, that not only did the job perfectly well, but also showed how much my wife was willing to spend on me. Ouch!