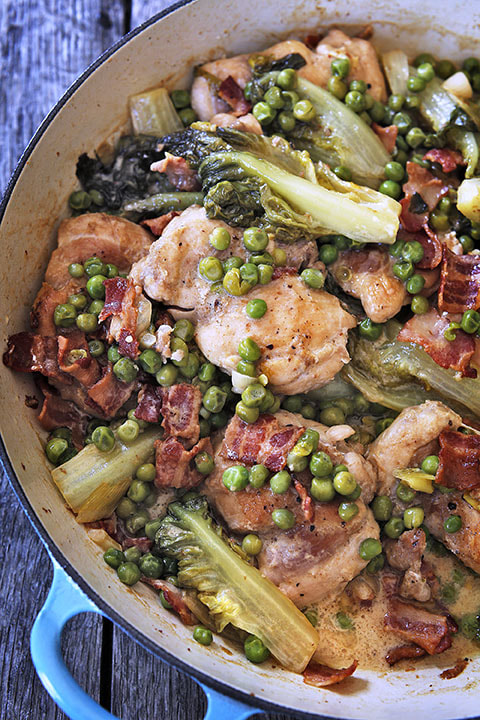 I really like France as a country, and love its food.

But I am banned from speaking the language by my wife ever since the ‘incident’, when a few years ago in Southern France, when leaving a crowded restaurant, I bellowed “Bonjour’ thinking it meant good night!

Rookie mistake I know, but at least I tried, even though it was excruciatingly embarrassing at the time. Well, it was for my wife.

I don’t have a problem though with French culinary terms or food descriptions.

I can tell a Bavarois from a Blanquette and I know the difference between a Flamiche and a Fricassé. Although shouting Beurre Noisette to someone as I leave will always be a risk.

But it all got me thinking about one of our favourite French dishes, ‘Petits Pois a la Francaise', or braised lettuce, peas and onions (peas in the French style).

It’s a great way to cook new season peas in the summer if you can get them but works just as well all year round with frozen peas.

Braising peas, lettuce and baby onions in stock with a splash of creme fraiche added near the end makes this a wonderful side dish to serve with game or the Sunday roast - or just on its own with crusty bread.

But I make it more substantial by adding some chicken thighs and smoked bacon to the dish, all in the same pan. Then serve it with some mashed potatoes to mop up the creamy, chickeny, bacony juices.

Miam miam, c'est bon as they say in France - I think!

Add a little oil to a frying or sauce pan.

Fry the bacon until golden and going crispy. Remove and set to one side, but leave behind the fat released during cooking.

Season the chicken thighs and fry over a medium heat until golden brown (about 5-6 minutes each side). Remove and keep to one side with the bacon.

Place a knob of butter in the same pan and wait until it starts to sizzle. Add the lettuce quarters and saute for a few minutes to give some colour. Add the spring onions and fry for another minute before adding the white wine.

Braise the lettuce and onions in the winey, buttery liquid for 5 minutes, then replace the chicken and bacon in the pan and add the stock.

Add the peas and simmer for around 10 minutes until the chicken is cooked through and tender. Add creme fraiche to the pan and reduce until the sauce has thickened somewhat. 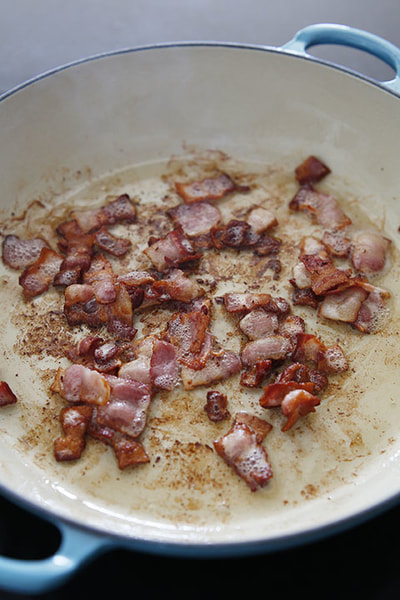 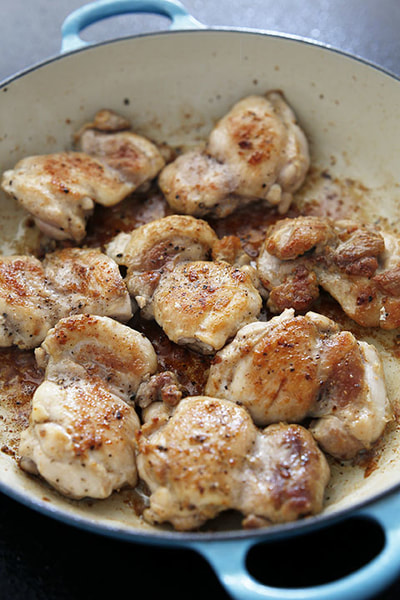 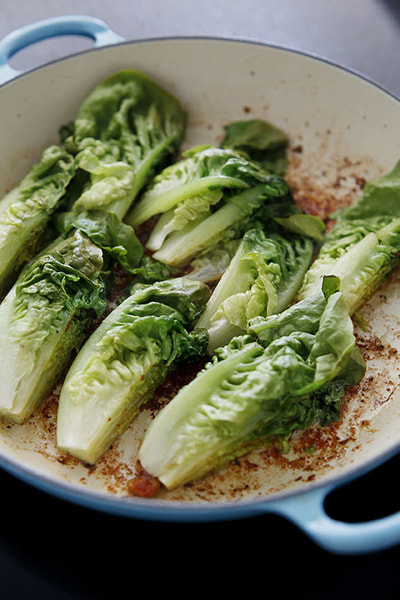 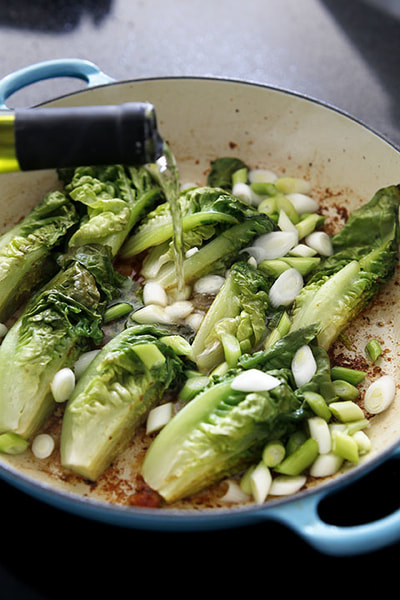 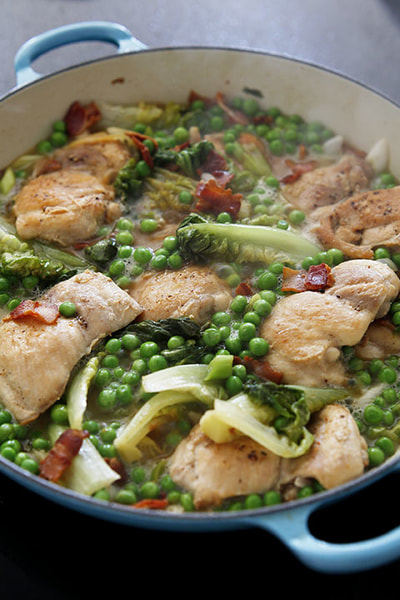 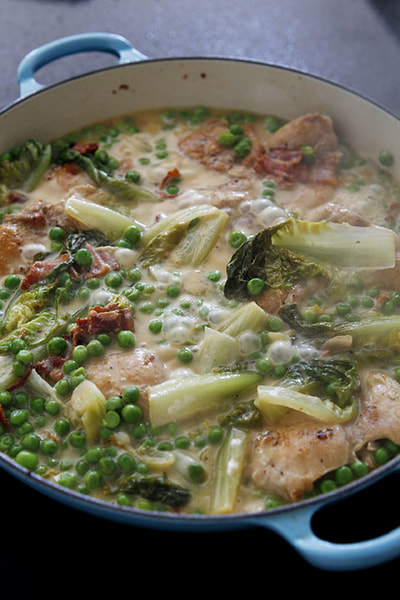 ​Test for seasoning and serve with some purée de pommes de terre as they say in France, or mashed tatties where I come from.