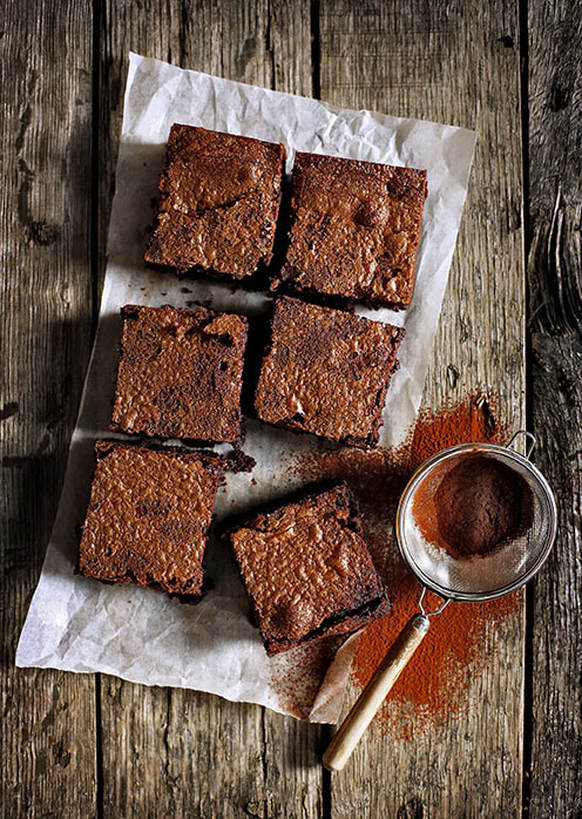 I reckon no-one can resist a good chocolate brownie.

Whether you have it with a cup of coffee or warmed with a dollop of melting vanilla ice cream on top for pudding, the brownie is a decadent delight.  And it has to be chocolate.

No raspberries, no cherries, no nuts, no spices.
Just chocolate and plenty of it.

So it was about time I put a brownie recipe on the blog.

Everyone has, or should, have a recipe for this American dessert and your recipe and technique depends whether you prefer a fudgy or cakey style of brownie.

Personally, I edge towards the cakey camp.

I’ve had brownies in cafes where the centre has been soft and almost runny, which for me is not good. I like to see a few crumbs on the plate but still have that dense, moist structure in the centre and the crispy surface that makes a brownie different from a chocolate fondant.

The best of all worlds really, but this recipe comes as near to my personal brownie perfection as I’ve found.

It includes a couple of tablespoons of freshly made espresso coffee in the mix, which really gives a depth to the chocolate without any hint of coffee.

As an advocate of the ‘a dish is only as good as the ingredients you  put in it’ mantra, I try and use the best quality chocolate for something that is, well, all about the chocolate.

My chocolate of choice is Lindt 70% because it is slightly bitter which counteracts the sweetness of the brownie, and it’s my wife’s favourite which means she scoffs what I don’t use! But any good quality 70% dark chocolate will do.

The key thing though to achieve your ideal brownie texture, be it cakey or fudgy, is the time in the oven.

Best way to judge is with a skewer, like you would for a cake.

You don’t want any raw wet mixture on the skewer, so give it a few minutes more if that is the case, until you start seeing moist crumbs on the skewer.

Some bakers will put the tin into a sink of shallow cold water to stop any further cooking, but I’ve only done that once and managed to create a mini tsunami which flooded my brownie! So I don’t do that anymore.

Preheat the oven to 180℃/160℃ fan.
Melt 200g of chocolate either in the microwave or in a bowl over simmering water.

I use the microwave on medium power for a minute or two, then check it and stir. Then keep giving it small bursts, stirring until it is completely melted and smooth.

Leave to cool, but still melted.

Meanwhile, cream the butter and sugar together in a food mixer until very pale and fluffy.  While this is going on, break the remaining 50g of chocolate into small chunks and put to one side.

When the butter and sugar are ready, which usually takes me about 10 minutes, start adding the eggs a little at a time while the mixer is running, making sure each addition of eggs is fully mixed in before adding the next.

After the eggs are well incorporated, add the two tablespoons of coffee and beat the mixture on a high speed for a few minutes which gives you a thin crisp surface to your brownie.

Sift the flour, baking powder, salt and cocoa powder together, and gently fold through the mixture until you have no streaks showing. 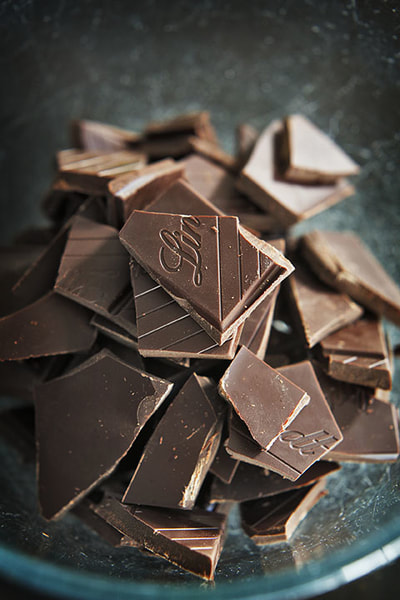 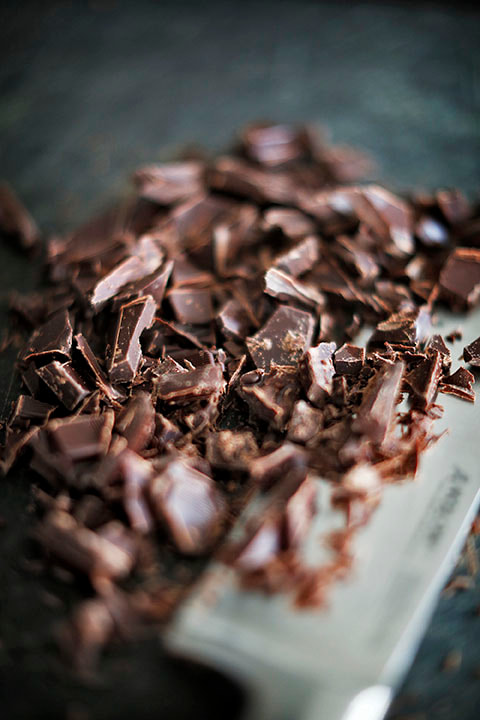 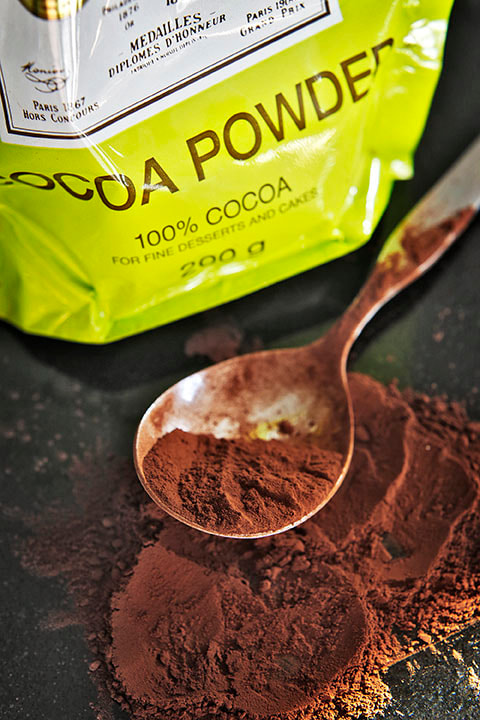 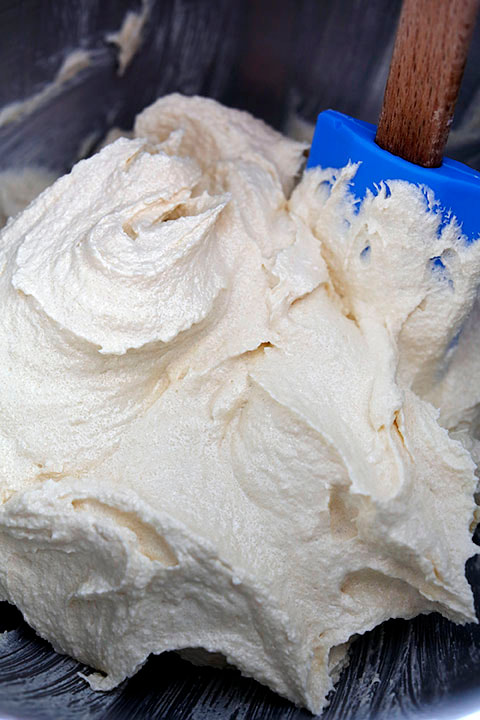 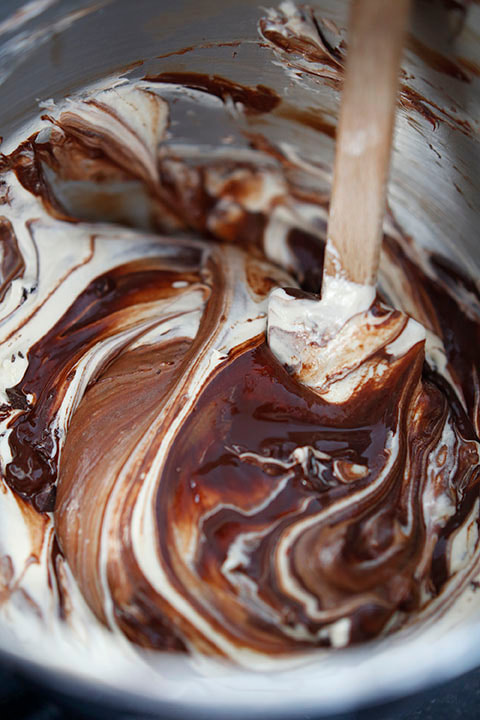 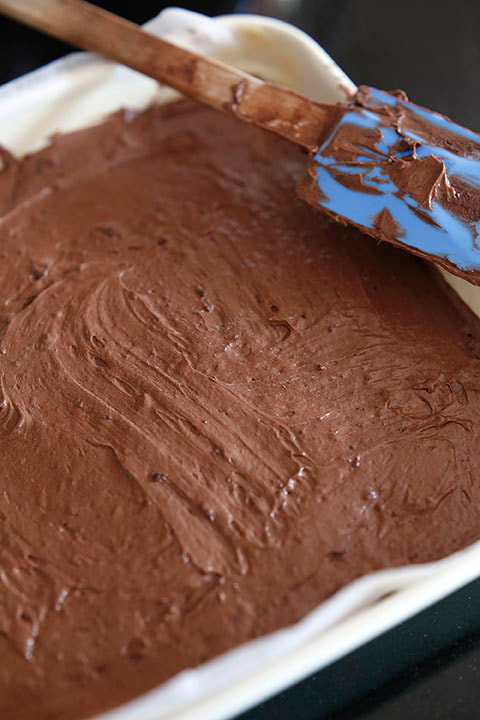 Pour the batter into your tin and bake in the oven for 30 minutes, checking with a skewer after 25 minutes.

Once completely cool, remove from the tin and slice into squares, big or small, depending on how you are serving them.

But be warned, these are incredibly moorish and resistance is futile!