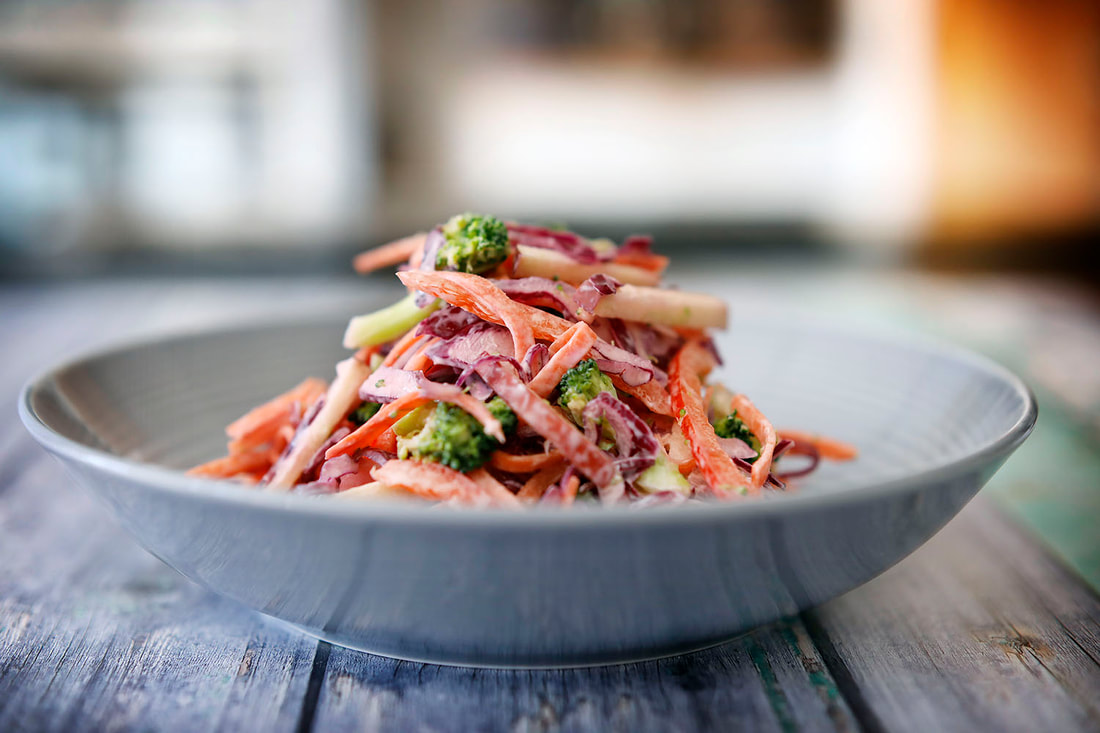 The recent hot weather and increase in socially distant barbecues got me thinking about coleslaw, and the best way to make it.
​
​Being an integral part of any barbecue, coleslaw doesn't need to be the gloopy, over sweetened mix of cabbage and carrot normally sold in supermarkets and shops.

I like to taste the raw vegetables in coleslaw, not just the mayonnaise, so it's important to get the ratio of dressing to ingredients just right.

​My version of the dressing has the same amount of mayo and creme fraiche (half fat for me) which keeps things lighter than all
mayo. A little horseradish sauce gives the briefest tang and lifts the dressing from blandness.

Apparently coleslaw started as a cabbage salad invented by the Dutch in the late seventeenth century so cabbage is, of course,  the essential ingredient. Green or white cabbage is the norm, although red is also used.

Red cabbage is probably my favourite as it looks good, but I just use whatever I have to hand.

Other raw vegetables like carrot, fennel etc can also be added, and I like to include some blanched broccoli florets and thinly sliced red pepper. Red onion (thinly sliced)  is an option - I like it but my wife doesn't, so it is left out!

After slicing the cabbage and carrot, I sprinkle them with salt, vinegar and sugar in a colander. This lightly 'pickles' them and gives them a fresh tanginess that's lovely in the finished slaw.

A crisp, juicy apple, cut into thin batons, completes the coleslaw with a fruity sweetness to counteract the slight tanginess of the vegetables.

Lightly dressed with the mayo, creme fraiche and horseradish dressing, you have a coleslaw where you can taste all the raw vegetables, crunchy, tangy and sweet, without the distracting gooeyness of full mayonnaise.

I've left the ingredients list approximate as this isn't a set-in-stone recipe. It won't matter if you have a little more or less of one thing or another.

Shred the cabbage finely and cut the carrots into thin batons.

In a colander, sprinkle the cabbage and carrot with the sugar, salt and vinegar, and leave for about 30 minutes.

Meanwhile, blanch the broccoli, drain, and cut into small florets. Leave to cool.

Finely slice the red pepper, and red onion if using.

Don't cut the apple yet as it will turn brown, wait until everything is ready to be mixed with the dressing.

After half an hour, give the cabbage and carrot a squeeze with your hand, to get rid of the excess liquid the pickling has produced.

Mix with the red pepper, red onion (if using) and broccoli, and apple batons (no need to peel).

Mix the mayonnaise, creme fraiche and horseradish together and combine with the vegetables, coating everything well.

Now go light that barbecue, or slather a spoonful on a strong cheese sandwich for a lockdown treat! 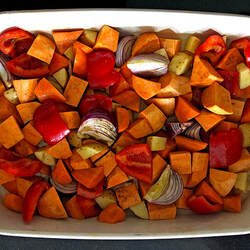 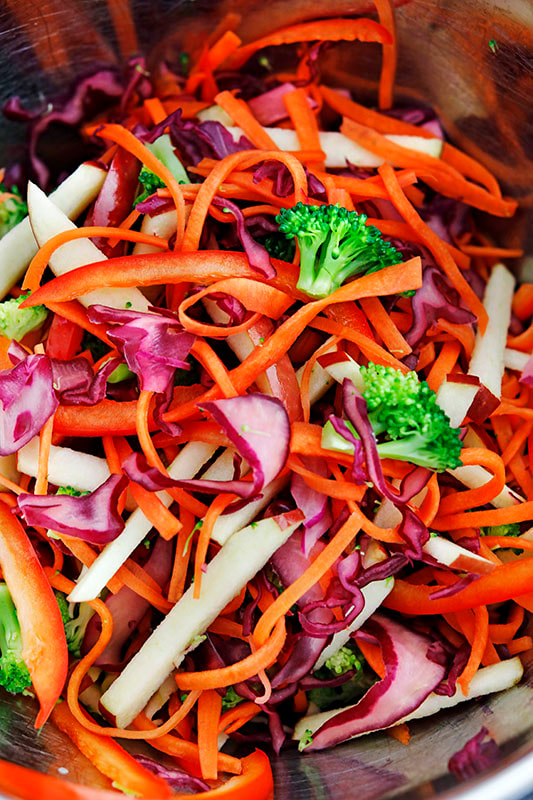