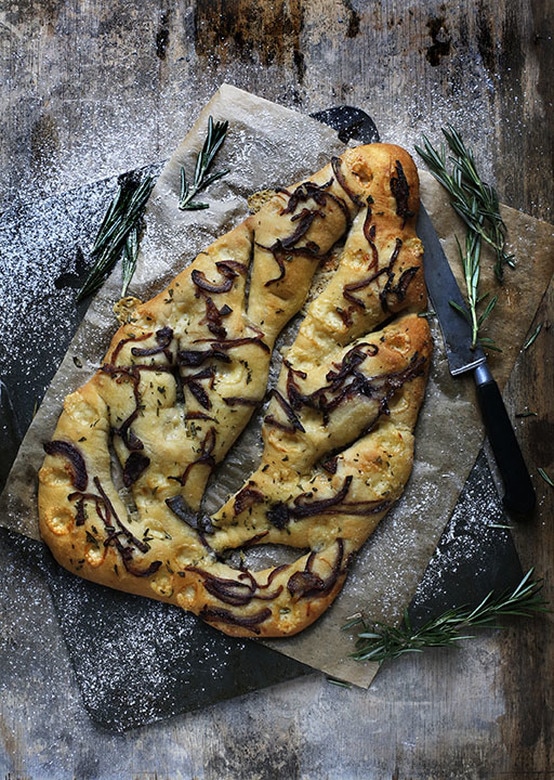 Real Bread Week starts today, and it's an excuse for me to get kneading. Not that I need (no pun intended) an excuse mind you. Bread and me are old friends and we often find the time for a get together.

The week is run by the Real Bread Campaign and highlights your small local independent bakers and attempts to inspire home cooks (like me) to reach for the wheat, rye and spelt flours and bake fantastic, additive-free bread at home.

But what really interested me about this year’s Week, is that the Real Bread Campaign is encouraging bakers to make Fougasse, one of my favourite breads.

This Provençal flatbread is really easy to make but looks so impressive your family and friends will think you've become a master baker.

Fougasse is kind of a French version of Italian focaccia, shaped and slashed to resemble an ear of wheat, and can be plain or studded with olives, sun dried tomatoes, or in this case, combined with gruyere cheese, red onions and fresh rosemary.

It is a descendant of the ‘panis focacius’, a hearth bread made all round the Mediterranean in Ancient Roman times. Fougasse was once used as a flat bread baked in the ashes of a wood burning hearth to test if it was hot enough to bake the main loaves of bread.
​
​Thankfully, these days it can hold its own as the main bread, whether on a picnic, or part of a spread with cheeses and cured meats, and for dipping into soup or           pasta sauces.

It’s a fantastic bread for sharing, so let your guests tear pieces off for themselves, although I do try and hide bigger bits for myself.
INGREDIENTS 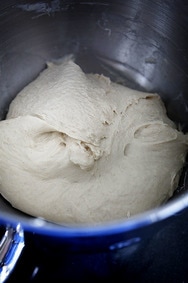 Add the olive oil and water and roughly mix with a wooden spoon until you have shaggy dough. Leave to rest for 5 minutes then using a dough hook, knead with the food mixer for about 10-12 minutes. The dough should be soft and silky looking with an elastic texture.

Cover and leave in a warm place (a room or cupboard about 23-24°c for a couple of hours or until doubled in size. 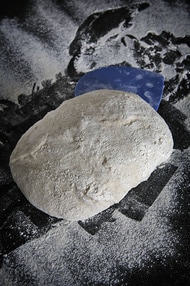 ​Meanwhile, fry the red onion in a little olive oil on a medium heat until soft, which should take about 5-7 minutes, season and leave to cool.
Cut the Gruyere into small cubes and finely chop the rosemary.

When the dough has roughly doubled in size, tip onto a floured surface and gently knead in most of the red onion and rosemary, and carefully shape into a rectangle.

Then cut the rectangle of dough diagonally to give you two bits of dough with a point.
​ 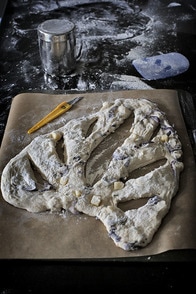 ​Transfer each piece to a lined baking sheet and carefully stretch out a little to give a rough leaf shape. Dust with a little flour, and with a very sharp blade or knife, cut a slash from top to bottom in the centre, but leaving an inch or so from the edge. Either side of this slash, make 3 cuts facing up, to look like the veins of a leaf.

At this point, my fougasse was looking like Edvard Munch’s ‘The Scream’, but don't worry, have faith in your design.

​
Open up the slashes with a floured finger, to make sure they don't join up and seal,  then cover and leave to rest for 30 minutes, when the dough will puff up a little.

Press the cubes of gruyere gently into the surface of the dough all around sprinkle with what’s left of the red onion. Brush with a little olive oil.

If the cuts have joined up due to the resting, just prise the apart with a floured sharp knife.

Bake in the oven for about 15 minutes or until golden brown.

Remove and place on a cooling rack, pour yourself a glass of wine, and if it’s sunny outside, sniff some lavender and pretend you are in the South of France and get tearing.​