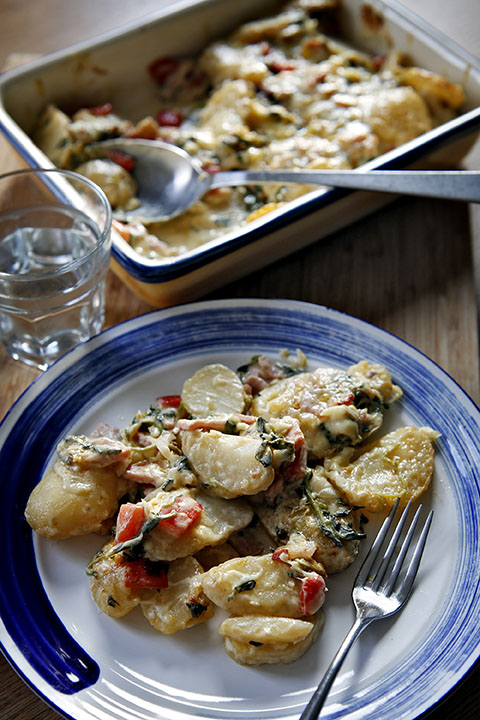 Being married to an Irish potato farmer's daughter puts a wee bit of pressure (a lot actually) on a home cook.

Potatoes tend to be de rigour as a side dish - or main dish - at most meals, and I have cooked and tasted the tasty tuber in every way imaginable.

Fortunately I love potatoes in all their culinary forms so it isn't really a problem.

In my wife's home town, it is potatoes with everything, and the more floury the better. Which is great for mash, roasties, chips or boiled etc, but a bit limiting when you fancy making a gratin, a dauphinoise or even potato salad.

Which is why, as a cook, I am always happy to see Jersey Royal Potatoes in the farm shops or supermarkets, with their firm, nutty and sweet flavour.

Their season starts in April, with the smaller potatoes appearing on the shelves after being picked from the steep slopes on the Island of Jersey by hand, as the fields are unsuitable for mechanical lifting. These south facing slopes, or cotils, near the coast, have a light soil and are well draining, giving perfect growing conditions with many farmers fertilising the soil with the Island's seaweed, or Vraic, as it is known locally.

Later in the season, the potatoes are lifted mechanically from flatter fields nearer the sea, with a slightly bigger size Jersey Royal. They still retain their fantastic taste and are perfect in potato salads, so don't ignore them just because they are not the characteristic small kidney shape and size of the early season crop.

And now, at the height of their season, I fancied a recipe that used them as the main part of a dish alongside other ingredients, instead of steaming or boiling them with lots of butter. Not that there is anything wrong with that treatment, it's just something I always seem to do. Probably because it is so good!

I prefer the bigger ones for this dish to get nice big slices, but if you have a bag of the smaller ones just cut them in half.

This is a recipe that is ideal as a lunch or supper one pot meal which I've made a bit healthier by the use of half fat creme fraiche.

This is also good with any new potatoes if you find yourself outside the Jersey Royal season. It's too good a dish to limit to a few months, however good Jersey Royals are! 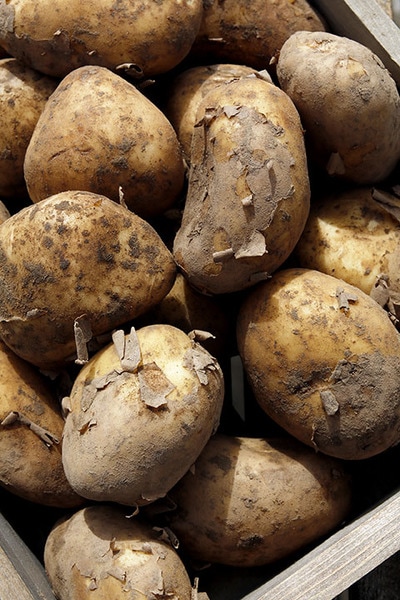 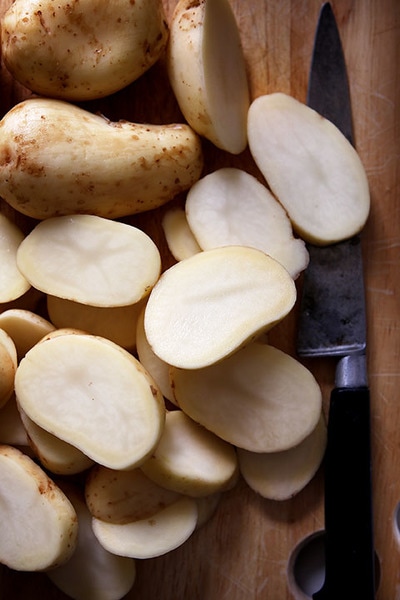 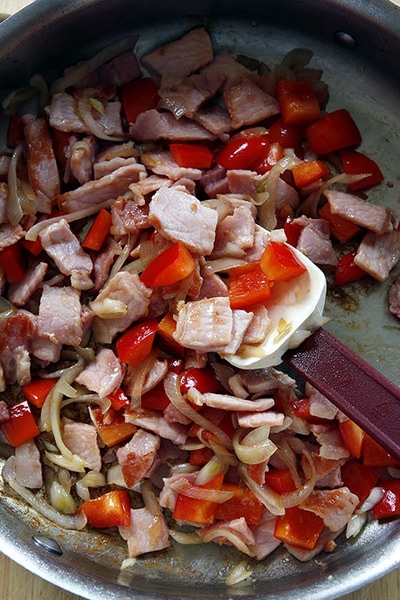 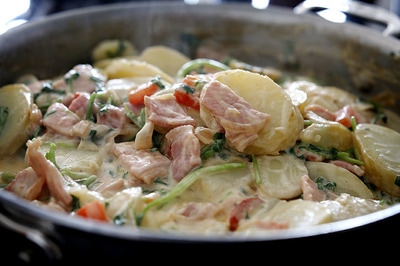 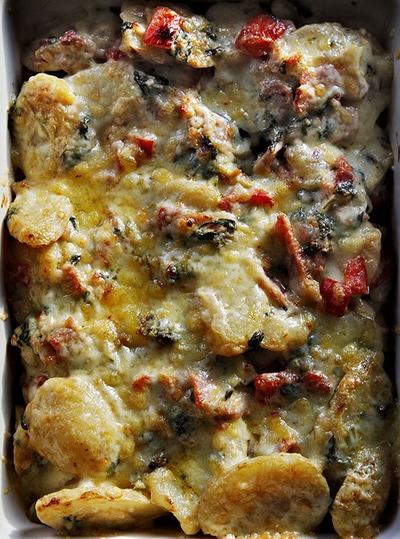 Slice the potatoes thickly (approx 1/2 cm) and boil in some vegetable or chicken stock until tender. I used Marigold Swiss Vegetable Bouillon with about a litre of water.
Drain and reserve about 100ml of the cooking stock.

Sauté the bacon in a little olive oil along with the onion, red pepper and garlic until golden. Stir in the sliced Jersey Royals and roughly chopped watercress.

Mix the creme fraiche with about a 100ml of the cooking stock and stir into the potato/onion/red pepper/bacon/watercress mixture. Add a little more creme fraiche if you think it needs it.

Place under a preheated medium grill and gratinate until lovely, bubbling and golden.

Serve with a crisp salad and some crusty bread to mop up the juices.