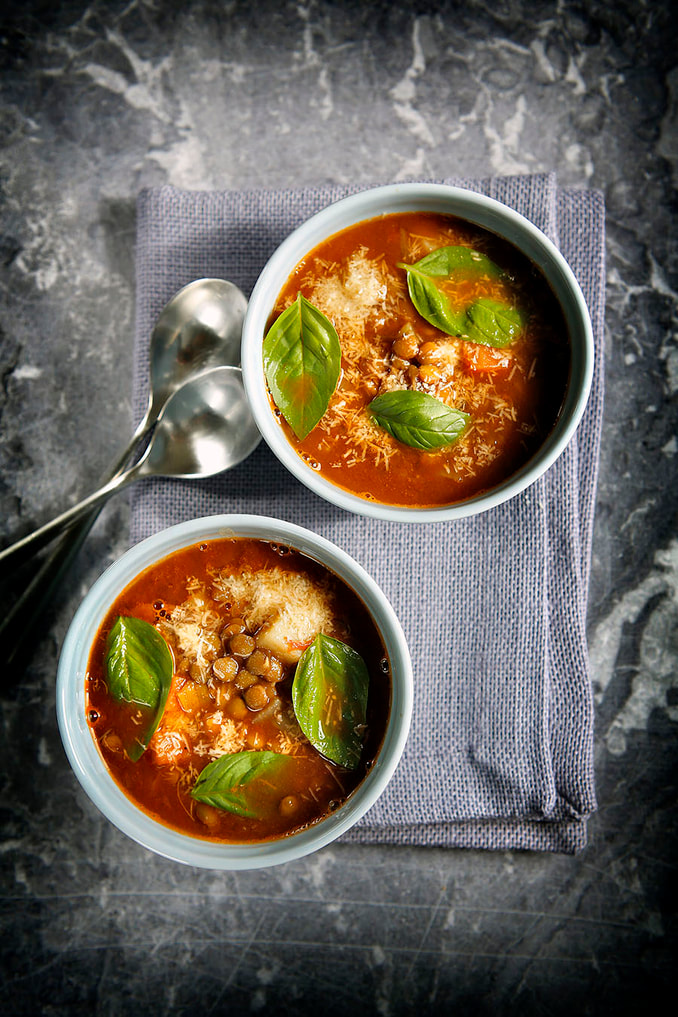 I don’t do New Year resolutions.

Quite simply, I can never keep to them.

So although this recipe is not borne out of some desire to vanquish the indulgences of the last few weeks, the fact is, this totally vegetarian soup is really healthy, fulfilling and virtuous.

And for a confirmed carnivore like myself, I would be hard pressed to know that none of the ingredients has seen an animal, let alone been one.

It tastes as ‘meaty’ as any meat based soup I have tasted.

And that can only come from the soy sauce, the umami (the ‘fifth taste", along with, sweet, sour, salt and bitter) packed condiment that most of us would only get out of the cupboard when we have a Chinese takeaway, or make a stir-fry.

Used here, it gives a real depth of flavour to the vegetables, and a complexity you wouldn’t expect from a bowl of lentils and veg.

In short, it is delicious.

Incidentally, this soup is based on a recipe by Karen Harris that was a finalist in ’The Big Broth’, a charity cookery competition early in 2018. 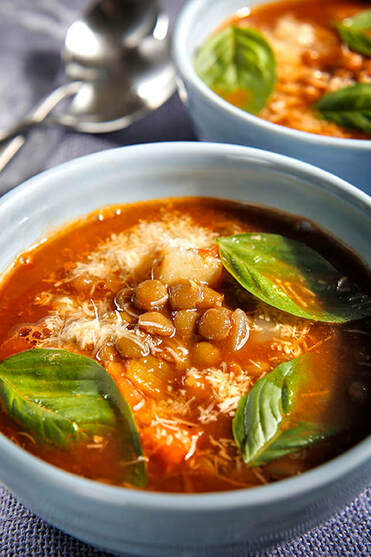 Heat the oil in a large pan, and saute the diced vegetables until starting to soften.

Add the soy sauce and cook for another 2-3 minutes.

Stir in the lentils, potatoes, tomatoes and stock. Bring to the boil, then simmer until the lentils have softened, about an hour.

Taste for seasoning, but you may not need salt as the soy sauce may be sufficient seasoning.

Sprinkle with a few basil leaves, some grated parmesan, and along with a chunk of rustic bread you have a healthy and filling winter warmer that will help you start your year off on the right note.

And not a resolution in sight!